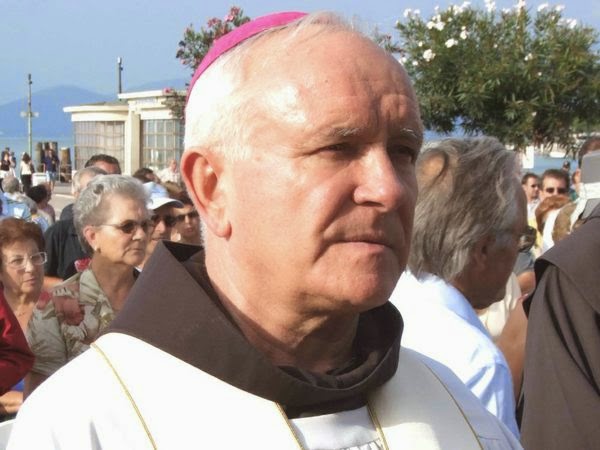 Giovanni Innocenzo Martinelli has sworn he will stay in the capital Tripoli, despite the Italian government on Friday warning its citizens to leave Libya amidst escalating violence.

“My community is here. How could I leave? It would be a betrayal,” he told Corriere del Veneto by phone. “This is the end of my mission. And if the end must bear witness to my blood, I will do it.”

Martinelli, 73, was born in Libya before returning to north-east Italy with his family. He moved back to the country in 1971 as a monk and now leads the Church of Saint Francis of Assisi in Tripoli.

Despite the closure of the Italian embassy on Sunday and the repatriation of around 100 nationals to Italy, Martinelli celebrated mass on Monday and said he was “not moving” nor was he scared.

Christians in Libya have faced threats from Islamists in the country, with Martinelli being targeted in Tripoli.

“They came into the church to tell me I must die. But I want it known that Father Martinelli is ok and that his mission could reach its term,” the vicar said.

His defiant stance comes just days after Isis militants released footage of 21 Egyptian Coptic Christians being beheaded. The killings prompted Egypt to launch air strikes against Isis targets in Libya, while the Italian government called for a diplomatic response with UN involvement.

Martinelli said that he was well aware he could also be murdered by Islamic extremists.

“If God wants the end to be my head cut off, so be it. Also if God doesn’t look for heads cut off, but other things in a man…I could give testimony to something precious.

“I thank the Lord that He allows me to do so, even with martyrdom,” he said.