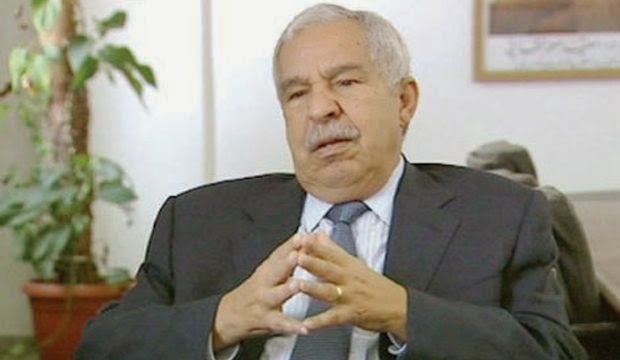 Cairo has a diplomatic role to play in helping arrest Libya’s continuing slide into chaos and civil war, the country’s former foreign minister told Asharq Al-Awsat this week, as news emerged that the Egyptian Air Force had bombed several targets in Libya in retribution for the massacre of 21 Coptic Egyptian guest workers by jihadist militants.

Ali Treki, a senior Libyan diplomat who served twice as Libya’s foreign minister under Gaddafi, said the Egyptian government should push for Libya’s warring factions to settle their differences peacefully, despite the airstrikes against militants claiming to be members of the Islamic State of Iraq and Syria (ISIS).

Speaking exclusively to Asharq Al-Awsat, Treki acknowledged the presence of extremist forces in Libya, but argued this was due to the country’s deteriorating political and security situation, and called for Libya’s rival political forces to continue to meet to reach a political solution to the crisis.

Libya has been split between two rival governments and parliaments since 2014, after an internationally recognized government and parliament led by Prime Minister Abdullah Al-Thani was forced to flee to the eastern city of Tobruk after Islamist political forces took over the capital.

UN mediators, working under special envoy Bernardino León, have sought to bring together representatives of the two rival governments to reach a political solution to the crisis. The latest round of talks is scheduled to take place this week, though progress has reportedly been slow so far.

“The most important thing [now] is for dialogue to take place under the auspices of the Arab League with Egypt playing a leading role in this, as Cairo is committed to the safety and security of every Arab state,” Treki said.

“We need real dialogue like the dialogue that managed to bring the Lebanese together. This dialogue must take place within the Arab League to continue the work of UN envoy Bernardino León,” he added.

Treki praised León as a diligent and hard-working envoy who has helped push the Libyan negotiations forward, stressing that he must remain involved if any future dialogue is to reach a solution.

“I see a desire from all Libyans for a political solution, and I hope they can agree the formation of a unified central government and national union. And for all institutions to be formed on a new constitution that is based on national consensus,” he said.

Commenting on ISIS’s execution of 21 Egyptian Coptic Christians, which prompted Egypt to launch immediate airstrikes on ISIS positions in Libya, Treki said: “The problem of extremism is not solely a Libyan issue; this is an international problem, and Libya is one of its victims.”

“ISIS is an extremist gang that has nothing to do with religion or religious values,” he added.

The Gaddafi-era minister described the group as having a “very strong” presence on Libyan territory, confirming that it has a strong base in the port city of Sirte, one of the targets of this week’s airstrikes by the Egyptian jets.

“They [even] took control of local TV and radio stations . . . and they have control and influence [in Sirte],” he said.

“ISIS is also present in Derna. The majority of their members are fighters who previously fought in Afghanistan, Iraq and Syria. They are largely non-Libyans, and come from a number of different countries including Yemen, Turkey, as well as some from Algeria and Sudan.”

As for those who killed the 21 Egyptian Copts last week, Treki said they were “foreign nationals.”
Despite his backing for inter-Libyan dialogue to reach a political solution in the North African country, Treki stressed that there can be no dialogue with ISIS, or the Al-Qaeda-linked Ansar Al-Shari’a group. “Groups such as this do not believe in dialogue. They dialogue only in murder and death,” he said.

Although the headlines continue to focus on the death of the 21 Egyptian Copts killed by ISIS in Libya, another group of Egyptians—fishermen detained in Misrata after allegedly being caught illegally fishing in Libyan waters—were released following Treki’s intervention.

“I spoke with some of our brothers in Libya, and in particular the Attorney General in Misrata. We agreed that any of the Egyptians who wanted to return [to Egypt] could to so, and so we coordinated with Cairo to ensure that this was done safely,” he said.

The Islamist Libyan Dawn group, which is in control of a number of Libyan cities, including Misrata and the capital Tripoli, issued a statement on Monday calling on all Egyptian workers to leave Libya. The group said this was in order to protect Egyptian nationals from any “revenge attacks” after Egyptian airstrikes against ISIS targets.

However, Treki denied that Egyptians in Libya are in any danger. “The Egyptians are close to the hearts of the Libyan people, and it is as if they are in their own country . . . The extremists are targeting both Libya and Egypt,” he said.