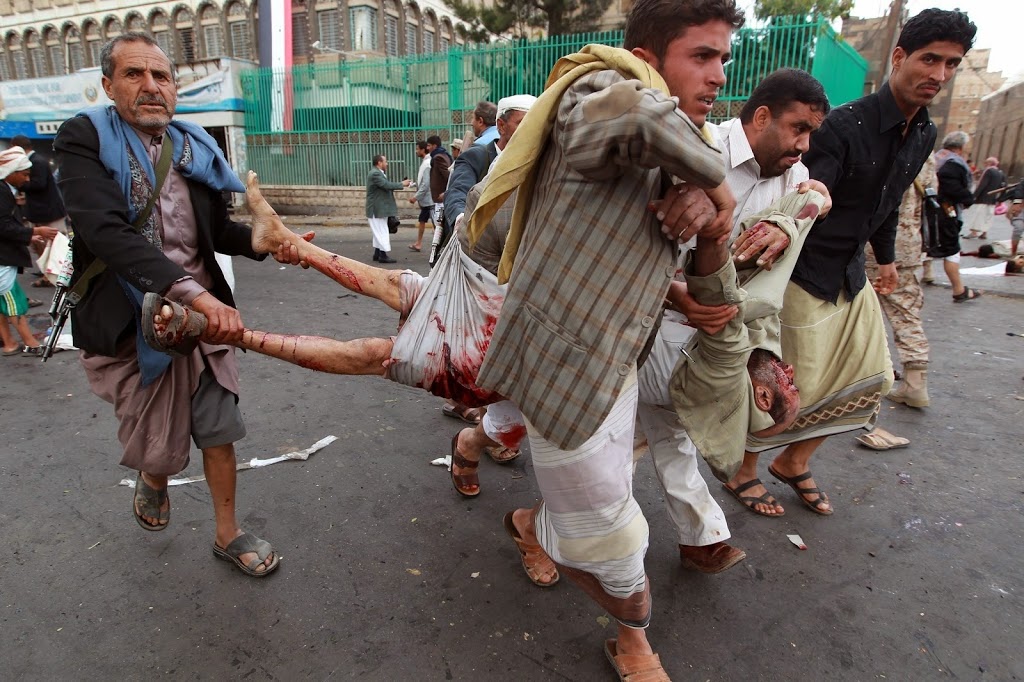 No one immediately claimed responsibility for the attack but it resembled bombings conducted by Al Qaeda in the Arabian Peninsula (AQAP), one of the most militant groups that has been battling the Shi’ite Houthis since they captured its central Yemen strongholds last year.

The sources said at least 15 other members of the group, officially known as Ansarullah, were wounded in the attack on a youth centre turned into a militia outpost in the city of al-Baydah in central Yemen.

They said one of the two suicide bombers was shot dead by the Houthis when he opened the gate of the youth centre for the second bomber, who drove his vehicle inside the compound killing two militiamen and wounding 15 other people.

Violence has spread and intensified in Yemen since the Iranian-backed Houthis captured the capital Sanaa on Sept. 21 and fanned out south and east seizing traditional Sunni areas.

Yemen plunged deeper into political turmoil in January after the Houthis seized the presidential palace and forced the Western-backed President Abd-Rabbu Mansour Hadi and his government to resign.

Political factions have been in talks to try to find a way out of the crisis. The talks were complicated after Hadi fled the house arrest imposed on him by the Houthis in Sanaa and moved to the southern city of Aden, which is outside the group’s control, where he reclaimed the presidency.

Once an obscure religious movement in Yemen’s north seeking greater autonomy, the Houthis have established themselves as power-brokers and have sent their militiamen into the west and centre of the country, far beyond their traditional redoubts.

The United States and its Gulf allies fear the spread of sectarian violence in Yemen – situated between Saudi Arabia and an important shipping route on the Red Sea – will unravel the government’s already limited control over its territory.

In a separate attack, three government soldiers were killed and two were wounded on Tuesday when a bomb tore through their patrol in al-Qatan city in the eastern Hadramout province, another area where AQAP operates, local media reported citing provincial officials.