You are here: Home / Africa / 17 people dead after two muslim girls blow themselves up in Nigeria market 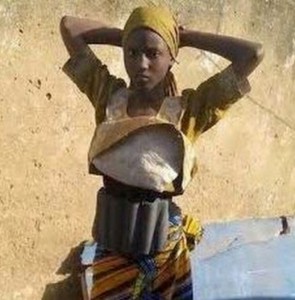 Witnesses said they believed at least 17 people had died in the double suicide blast in Maidugari, the capital of the northeastern state of Borno.

The two blasts occured in quick succession at about 8.48am in a crowded area near the city’s main market.

The area is often targeted by Islamist militants loyal to Boko Haram, the terror group which has pledged its allegiance to Islamic State (ISIS).

The terror attack comes a day after dozens of people died in Nigeria’s southeastern city of Uyo when a church collapsed on worshippers celebrating a pastor being ordained.

Earlier this morning at least 22 people were killed after a church was blown up in Cairo, Egypt.

The British Foreign Office advises travellers to avoid going to Nigeria’s northeast and says all but essential travel should be avoided to much of the rest of the country.