You are here: Home / Senza categoria / ISIS crimes against children, a suicide ISIS teenager woke up from his illusion in Iraq 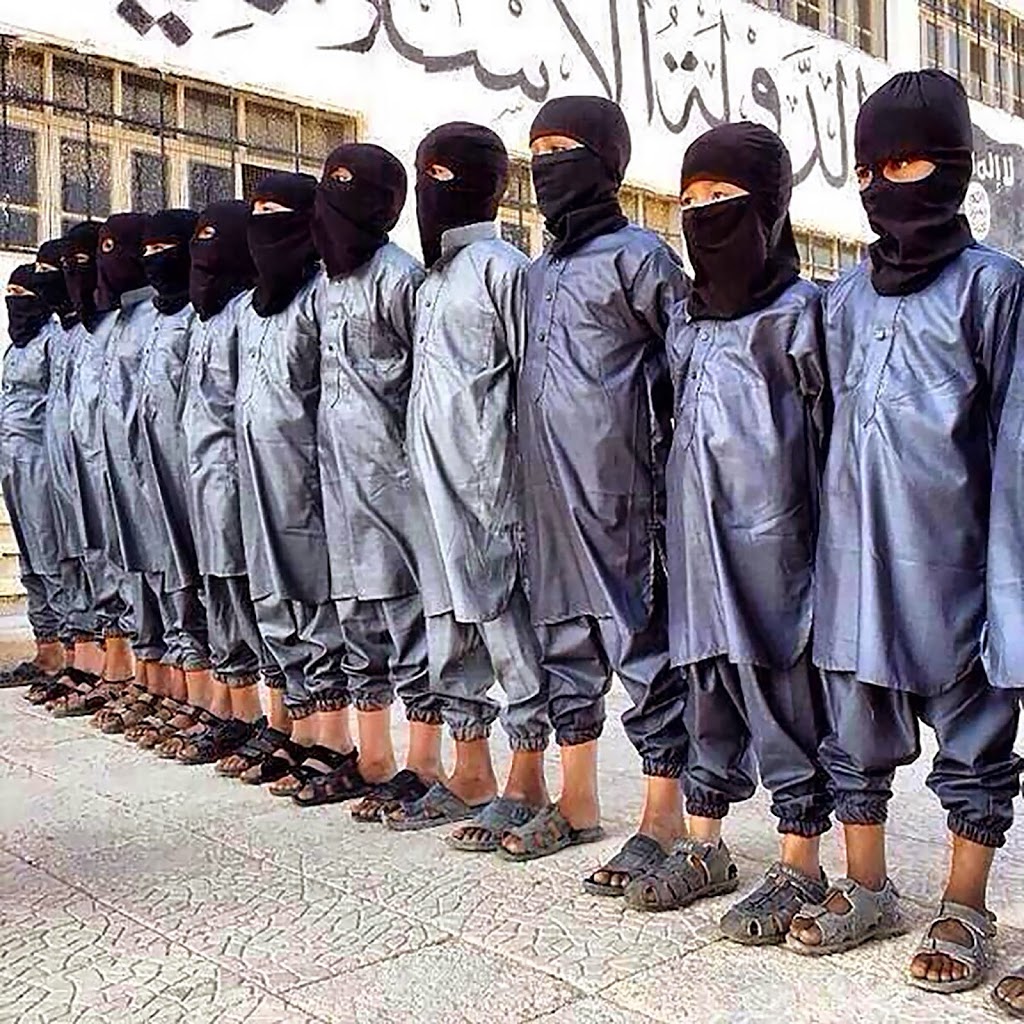 The British newspaper “The Independent” highlights some of the horrific crimes committed by ISIS terrorist organization against innocent children in Syria and Iraq that it has intentionally recruited into its ranks and brainwashed to become them as one of its terrorist tools to make more victims.

A teenage would-be suicide bomber with ISIS has spoken of his regret in a tearful interview after his arrest in Iraq.

He told the BBC, Isis militants showed him how to wear an explosive vest and promised him he would “go straight to heaven” after detonating his.

When asked why he was crying, the boy replied: “Because I am so sorry for this.”

Isis’s use of children has been well documented since the group began its insurgency across Iraq and Syria. A recent UN report found militants were using young children, including those who are mentally challenged, as suicide bombers.

The group regularly features images of children and toddlers brandishing weapons, with one of the most shocking showing a child holding the severed head of a man.

Isis supporters also circulated images of a child in September they said had become the youngest foreign fighter to be killed in battle for the jihadist group. The boy was believed to be no older than 10-years-old.

The UN said that ISIS terrorist organization in Syria and Iraq expands operations by children recruitment dramatically as it elements make the children from 12 years old to go through military training and use them as informants and guards in checkpoints and strategic locations and are sometimes forced to be suicide bombers and carry out executions.

On the other hand, according to the British newspaper the Daily Mail , a number of ISIS terrorists who defected from the organization have recently leaked terrifying messages containing orders from the terrorist’s leaders to carry out suicide bombings and terrorist attacks such as those that occurred in the French capital Paris recently.

The Newspaper noted that the leaked messages is singed in purple color indicates the region issued from it and addressed to ISIS terrorists organization who concentrated their mission to comply with the orders written in it.

The Independent British newspaper revealed late last month that ISIS terrorist organization threatened to launch new terrorist attacks in the United States and Europe as this new Western fueled fears of the risk of the organization and stressed the threat of terrorism to happen in their own home.

The terrorist organization recently published threats in social networking sites to target American soldiers on American territory and also praised the recent attacks on the French capital Paris, which killed 17 people and threatened to launch more attacks across Europe.