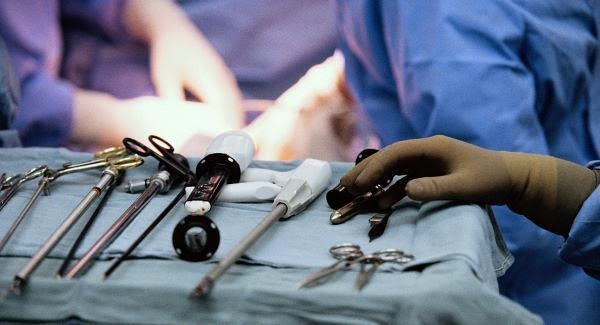 Iraq has urged the United Nations to look at allegations that Islamic State (IS) extremists are using organ harvesting as a way to finance its activities.

Ambassador to the UN Mohamed Alhakim told reporters that in the past few weeks, bodies with surgical incisions and missing kidneys or other body parts have been found in shallow mass graves.

“We have bodies. Come and examine them,” he said. “It is clear they are missing certain parts.”

He also said a dozen doctors have been “executed” in Mosul for refusing to participate in organ harvesting.

Mr Alhakim briefed the UN Security Council on the overall situation in Iraq and accused the Islamic State group of “crimes of genocide” in targeting certain ethnic groups.

The outgoing UN envoy to Iraq, Nikolay Mladenov, told the council that 790 people were killed in January alone by terrorism and armed conflict.

He noted the increasing number of reports and allegations that IS is using organ harvesting as a financing method, but he said only that “it’s very clear that the tactics ISIL is using expand by the day”. He used an acronym for the group.

He said Iraq’s most pressing goal is to win back the vast territory that IS has seized in the past year.
The Sunni militants seized a third of both Iraq and neighbouring Syria and imposed strict Sharia law.

“Especially worrying is the increasing number of reports of revenge attacks committed particularly against members of the Sunni community in areas liberated from ISIL control,” Mr Mladenov said.