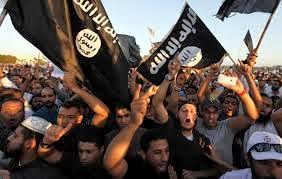 An unnamed U.S. intelligence official confirmed that there are a dozen-plus ISIS jihadists from Iraq and Syria operating inside Libya, but the U.S. lacks the “targeting authority” to go after them, reported Catherine Herridge on Fox News’s “America’s Newsroom.”

Moreover, counterterrorism sources told Herridge, chief intelligence correspondent for Fox News, that a new ISIS support base near the port city of Derna in eastern Libya is providing “tangible assistance” through training camps.

The new support base is supplying ISIS with an increasing number of Libyan jihadists to use as fighters in Iraq and Syria, explained Herridge.

She identified one of the alleged ISIS leaders in the North African country as Abdelhakim Belhadj, an al-Qaeda-linked Libyan national who was considered by the Obama administration and some members of Congress as a “willing partner” in the overthrow of Muammar Gaddafi in 2011.

“Now, it’s alleged he is firmly aligned with ISIS and supports the training camps in eastern Libya,” revealed Herridge.

“Critics say Libya’s new position as a safe haven for ISIS reflects one of the most significant policy failures of the so-called Arab Spring,” she added.

U.S. officials have expressed concern over ISIS’s expansion into Libya.

Director of National Intelligence James Clapper recently told the Senate Armed Services Committee that Libya is a “magnet” for terrorism.

“From an intelligence perspective, we, I think, clearly need to step up our game from an ISR [Intelligence, Surveillance, and Reconnaissance] perspective, where we can operate,” Clapper told lawmakers. “I think there’s a lot of merit to partnering with the French, who have sort of staked out their claim in the Sahel region of North Africa.”

Libya has been engulfed in unrest since Gaddafi was overthrown in 2011 with the support of the Obama administration. Various tribes, militias, and political factions are competing for power in the North African nation.

Some Libyan officials have warned that ISIS may use Libya to stage attacks against Europe, namely Italy.
The Italian Navy is patrolling the coast of Libya.