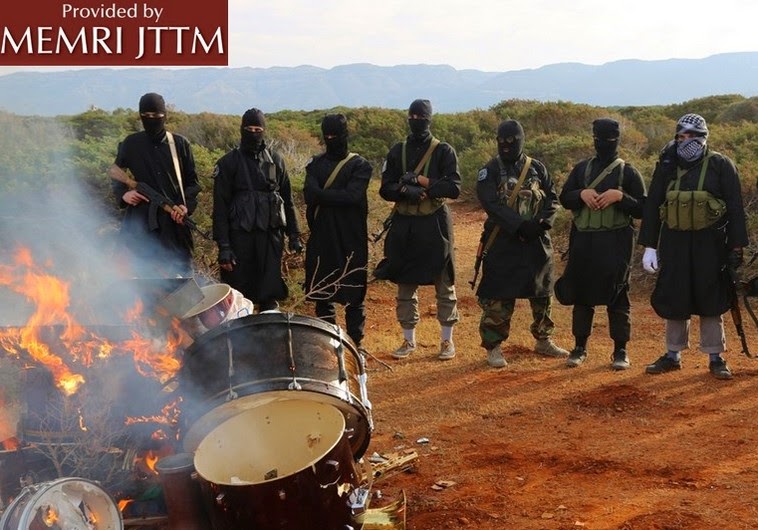 Islamic State recently took to the streets burning piles musical instruments and boxes of cigarettes in the Barqa province of eastern Libya.

The photos were published by Islamic State’s media wing on Wednesday, showing the items, which were confiscated by its religious police, being torched by fire by masked Islamic State members .

Instrumental music is banned according to the extreme form of Salafi Islam practiced by Islamic State.