You are here: Home / Europe / 15,000 on French terror watchlist: a quarter of those on the list are high risk 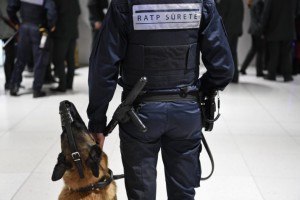 French authorities are monitoring around 15,000 individuals who are suspected of being radical Islamists, according to local publication La Journal de Dimanche.

The people are listed in a secret database created in March 2015 by a confidential decree, the paper reported. The database is managed by France’s Counter-Terrorism Coordination Unit.

Individuals are added to the list if they show signs of radicalization, such as suddenly changing their attitudes towards the opposite sex or expressing sympathy for terrorist attacks.

Around 4,000 of those on the list are deemed to be at highest risk of carrying out an attack and are monitored by agents from the General Directorate for Internal Security. A similar number are regarded as less dangerous and tracked by Central Territorial Intelligence, while the rest are monitored by local police.

La Journal de Dimanche, citing an anonymous source, revealed most of the people on the list come from high density or former industrial areas and traditional migrant neighborhoods, with males aged 18-25 the top targets.