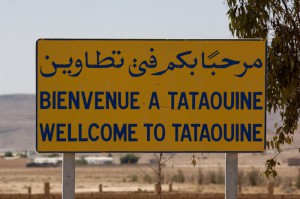 It has been reported that the famous ‘Star Wars’ film sets in Tunisia are facing potential threat from Islamic State (Isis) militants and so they are being patrolled by 1,500 troops.

The move of heavily guarding town of Tataouine, which inspired sci-fi director George Lucas to name the planet Tatooine from the Star Wars series, comes amid fears the film locations in North Africa are under threat from jihadists travelling to Libya, the Daily Star reported.

Mohammed Sayem, a tourism official in the city of Tozeur, has denied the rumours, saying that this information is false and without foundation and doesn’t reflect the reality.

Meanwhile, Colonel Mokhtar Hammami of the National Guard added that he can tell without a shadow of a doubt that all is normal, in fact, they’ve seen a big influx of foreign tourists and Tunisians.