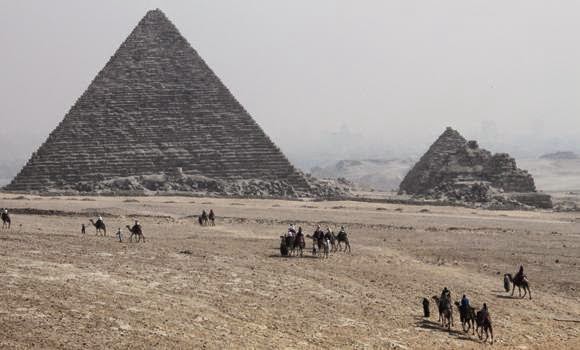 A fatwa from a Qatari-owned online portal has been widely circulated by Egyptian press this week after it called for the destruction of pharaonic monuments on the grounds that they are contrary to Islam.

The edict, issued by Islam Web, was picked up by several independent Egyptian news outlets, such as Youm 7 and Al-Fagr. It suggested the destruction of the historic monuments was a “religious duty” that Egyptians must fulfill.

But Egyptian newspapers carrying the story failed to notice the fatwa was first issued in December 2012. It has nevertheless sparked prime-time talk show discussions in Egypt.

The fatwa, which had been issued in response to a user’s question to the Islam Web’s administrator, had stated: “The demolition of the pyramids and the sphinx is a religious duty,” before referring to the monuments as “idols.”

Islam Web is affiliated to the Qatari ministry of endowments, with Doha’s government website advising users seeking online fatwas to “enter the official website of Fatwa Center on Islam Web.”

The portal has previously been under the radar following a fatwa issued in 2006 permitting the burning of people to death. The edict was titled: “The Burning of Ias bin Abdul Yalil by Abu Bakr” which visited a historic case study to conclude that burning people as a form of punishment is permissible.

But last month, the fatwa was reportedly removed from the site and retracted hours after Islamic State militants burned a Jordanian pilot alive.