You are here: Home / Africa / 15 dead as Boko Haram attacks village in Nigeria 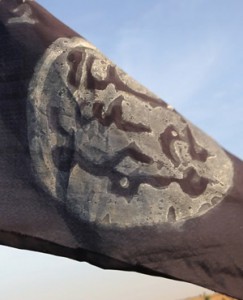 The attack happened at about 13:00 GMT on Monday in Huyum, in the Askira-Uba district of Borno state which locals say has been hit repeatedly in recent weeks by the Islamist militants.

“The whole village was burnt by Boko Haram gunmen. We lost around 500 homes,” said Bukar Zira, who fled to the commercial hub of Mubi in neighbouring Adamawa state as the rebels moved in.

Zira said the insurgents surrounded the village and opened fire before moving in, sprinkling petrol on homes, many of which are mud-brick with straw roofs, then setting them alight.

“We have so far lost 15 people and one was injured. People in the whole village moved out to different parts of Borno and Adamawa,” he added.

‘Not a single home has been spared’

“They completely burnt the whole village. Not a single home has been spared,” he added, giving the same death toll as Zira.

The attack is the 12th since Muhammadu Buhari became Nigeria’s new president on May 29. A total of 109 people have been killed, according to AFP reporting.

Buhari, a former military ruler and retired army general, has made crushing Boko Haram a priority for his administration after six years of violence and at least 15 000 deaths.

There have been reported military gains in recent months by a coalition of troops from Nigeria, Niger, Chad and Cameroon, but continued attacks underscores the ongoing threat from the rebels.

One Huyum resident, Ishaya Ayuba, said: “The attackers remained up to 4:00am this morning until they withdrew.

“There were troops stationed about 20km away, but they didn’t respond. We have lost everything.”