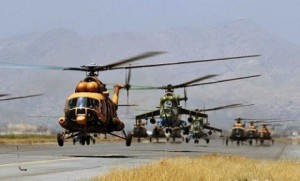 In air-attack of government forces, 15 armed Taliban were killed and 5 others wounded in Chardara district of Kunduz province.

Col. Ghulam Hazrat Karimi press chief of second unit of national army in Kunduz told BNA, the operation conducted by Air Forces in Char-dara district last night in which 15 insurgents were killed and 5 others wounded.

The Source added, during the operation no civilians sustained harms.

According to Ghulam Hazrat the operation is still continuing in some parts of the province armed Taliban with suffering high casualties, lose areas under their control.

He added, the operation is continuing until the complete clearing of the area.