You are here: Home / Senza categoria / Marines troops arrive Iraq in Ain al-Asad base to participate in a ground operation to liberate Mosul 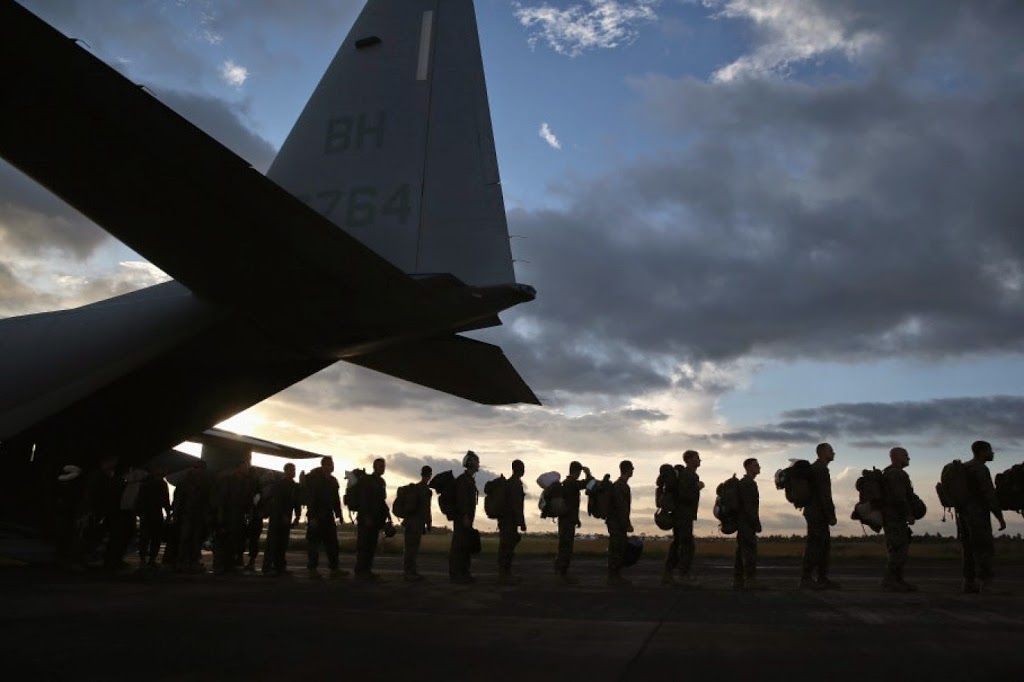 A U.S. military expert announced on Thursday, the arrival of troops from the US Naval Infantry “Marines” to the Iraqi territory to participate in liberating Mosul city, which is controlled by ISIS terrorist organization since mid of last year
.
He told “Sky News Arabic” station that those troops have already arrived in the country to participate in the ground battle
.
The source, who requested anonymity explained that this is the first time that U.S. Marines arrive on the ground in Iraq and to take part in the battles against ISIS, adding that about three thousand of Marines are stationed in different locations in Iraq
.
“Hundreds of Marines have already arrived, while the rest will arrive in the coming weeks, to prepare for the process of liberating Mosul
.”
The source said that the bulk of the troops that arrived are “stationed in Ain al-Asad base, while the other part went to Baghdad to protect the U.S. Embassy from a coming ISIS risk from west of the capital
.”
“The liberation process of Mosul will be with the participation of US Marines , Kurdish Peshmerga forces and the Iraqi army
.”
The source pointed out that the entry of Marines into Iraqi territory and participating in the battles came “after a deal with the Shiite militias
.”
He said that “America has agreed to send its troops after the Shiite militias confirmed its withdrawal from fighting and not attacking US forces, in turn, Shiite militias demanded the US forces with a number of points, first commitment to fight ISIS only, second ; not to attack the Shiite militias and third; not to support the Sunni tribes in the region