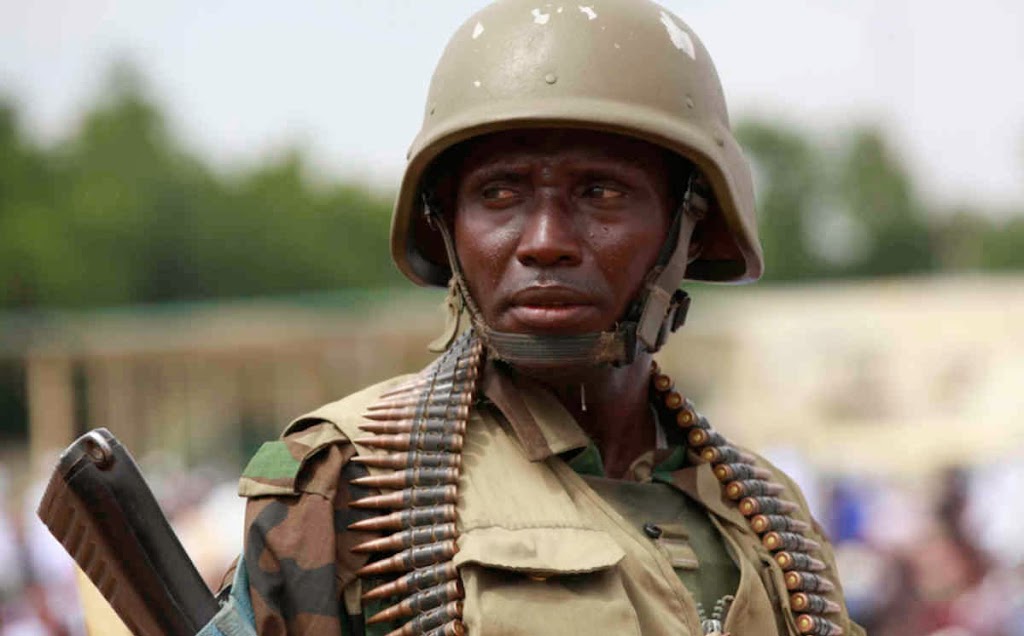 Chadian troops drove out Boko Haram militants from the town of Dikwa in Nigeria, an army spokesman said on Monday, losing one soldier in the battle.

“We have total control of the town,” said Colonel Azem Bermandoua. He added that many Boko Haram fighters had also been killed in the clashes on Monday in northeastern Nigeria, the Islamist group’s stronghold.
A Reuters reporter on the scene said black and white Boko Haram flags still flew in a town deserted of residents after several weeks of occupation.
The recapture of Dikwa coincided with the release of a video by the terror group purporting to show it beheading two men, its first online posting using advanced graphics and editing techniques reminiscent of footage from the Islamic State (IS).
The film, released on Monday, showed militants standing behind the two men who were on their knees, their hands tied behind their backs, with one man standing over them, holding a knife.
One of the men was made to tell the camera that they had been paid by authorities to spy on the militant group, before the film moved to another scene showing their decapitated bodies. It was not possible to confirm the film’s authenticity or date, reported Reuters.
The footage will stoke concerns that Boko Haram, which evolved out of a clerical movement focused on northeast Nigeria, is expanding its scope and seeking inspiration from global militant networks including al Qaeda and IS.
The terrorists who have killed thousands and kidnapped hundreds in their bid to carve out an Islamist state in northeastern Nigeria, have in recent months stepped up cross-border raids into Cameroun, Chad and Niger.
President Goodluck Jonathan had said Boko Haram is allied to both al Qaeda and its offshoot IS, though that has not been confirmed by the group itself.
The Boko Haram film’s use of graphics, the footage of black-clad militants with a black flag, and the editing to show only the aftermath of the beheading, were particularly reminiscent of footage from IS, which has seized large parts of Iraq and Syria and killed several hostages.
In the film, one of the men said he was from Baga in Borno State, and the other said he was from Michika in Adamawa State, both areas recently recaptured from Boko Haram by Nigerian troops.
Past Boko Haram films have been much cruder affairs, often featuring a man identified as leader Abubakar Shekau talking more about local gripes than global jihad. A number of recent releases have included much more gruesome footage of beheadings.
Source:  thisdaylive.com