You are here: Home / Senza categoria / French citizens among the militiamen of Boko Haram 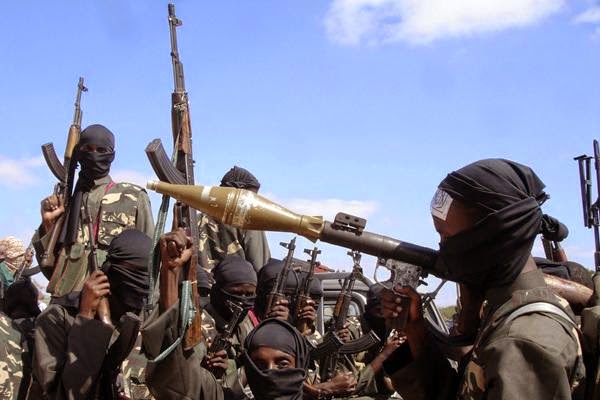 Following the capture of eight French nationals who are members of the terror group Boko Haram, a diplomatic spat has ensued between France and Cameroun, which has insisted on trying the terror suspects.

A top Nigerian intelligence source opened up to this day on the brewing diplomatic tensions between France and one of her Francophone allies in the sub-region following the shocking discovery that some French citizens are staunch members of the sect, a throwback to their membership of the terror group, Islamic State in Iraq and Syria (ISIS).

According to findings, France was reported to have chided her former colony for insisting on trying the terrorists in Cameroun instead of handing them over to the French authorities.

When contacted on the discovery of French nationals who had joined the terror sect, the Director of Defence Information, Major-General Chris Olukolade, said it was a matter for the parties involved to sort themselves out.

“All I can tell you is that the matter is for Camerounian and French authorities to settle,” Olukolade stated.
However, a top military officer said the Nigerian intelligence community had previously warned of a growing foreign collaboration with Boko Haram.

He said other than Chadians, Boko Haram has a large presence of Arabs, Malians and other Islamists who have joined the sect.

“Now we have seen evidence of French and European participation. This is one major indication that Boko Haram has very active and sophisticated foreign backing. I advise that the African Union should take this up.
“France is trying to silence the Camerounians but Africa must rise to the occasion and take this findings seriously. They must not keep quiet,” the military source said.

This is coming just as military sources informed this day  that the boundary town of Baga and to some extent Bama, might have been liberated, save for few pockets of resistance by Boko Haram elements and mop-up operations in both towns.

According to a statement yesterday by the spokesman of the Defence Headquarters, Major-General Olukolade, “A concerted air campaign by the Nigerian Air Force is ongoing in furtherance of the mission to clear terrorists from all their enclaves.

“The air strikes which today (yesterday) targeted the training camps and logistics dumps of the terrorists in Sambisa forest and parts of Gwoza have been highly successful as it achieved the aim with required precision.

“The death of a large number of terrorists has been recorded, while many others are also scampering all over the forest and out of the struck bases.  Details of casualty will be determined in subsequent phases of the operation.”

Olukolade said the strikes would continue in other locations of the theatre of war, heralding the advance of troops and other elements of the mission.

In the same vein, the Nigerian military buoyed by the joint offensive of neighbouring Chad and Cameroun, is set to complete the liberation of other strategic towns in Borno State.

A top intelligence source informed  that Baga followed by Bama would soon be freed from the firm grip of the terrorists.
“There are some small details to be taken care of, but the operations have been largely successful. You will soon hear the cheering news from the appropriate authorities.

Chad’s army said Tuesday evening that they had taken control of the town of Dikwa, which is about 50 kilometres (31 miles) southwest of the Nigerian border town of Gamboru.

The offensive deep inside Nigerian territory was a first and suggested strategy to tackle other rebel-controlled areas in Borno State, which is the terror group’s stronghold.

The Chadians are part of a four-country coalition mounting a regional fight-back against the Islamists.
“Chadian soldiers took over Dikwa from Boko Haram after heavy fighting on Tuesday,” Bababura Diwa, who lives in the town, said by telephone from Fotokol, across the border in northern Cameroun.

Diwa said the Chadians came from Gamboru, which they had previously recaptured, with heavy artillery power and overpowered a group of militants at Lomani village, 15 kilometres from Dikwa.

“When they came into Dikwa, there was intense fighting but at last they subdued the Boko Haram fighters,” he added.

“They killed many of them, including Abu Ashshe, their commander, who was notorious for seizing cattle in the area.

“I used the opportunity provided by the presence of the Chadian troops to leave the town. I was afraid to leave when Boko Haram took over the town for fear of being branded a traitor and killed,” he said.

Diwa’s account was backed by several other residents, who took advantage of the Chadian advance to flee the ancient town, which is near Boko Haram’s makeshift camps in the Sambisa Forest.

Jidda Saleh, another resident, said Chadian troops launched heavy aerial and ground attacks on the Kala-Balge area, particularly on Nduwu village, which he said was a “major Boko Haram stronghold”.
“The whole village was bombarded and it is obvious Boko Haram suffered heavy casualties from the aerial attack. Ground troops moved in later,” he added.

“Meleri, which has a huge Boko Haram concentration, was also bombed by Chadian military jets and then taken over by ground troops.

“By the time we left, we learnt the Chadian soldiers were on their way to Kushimori village where Boko Haram keep the livestock they seize from people.

“They have kept thousands of livestock there. They sunk boreholes and recruited people to rear the animals for them,” Saleh said.

“Living under Boko Haram was like living in a minefield. You are always afraid your next step could be your last. I thank God I’m now safe from them,” he said.