You are here: Home / Senza categoria / Al Qaeda vs. ISIS: A battle for Jihadist supremacy in Libya 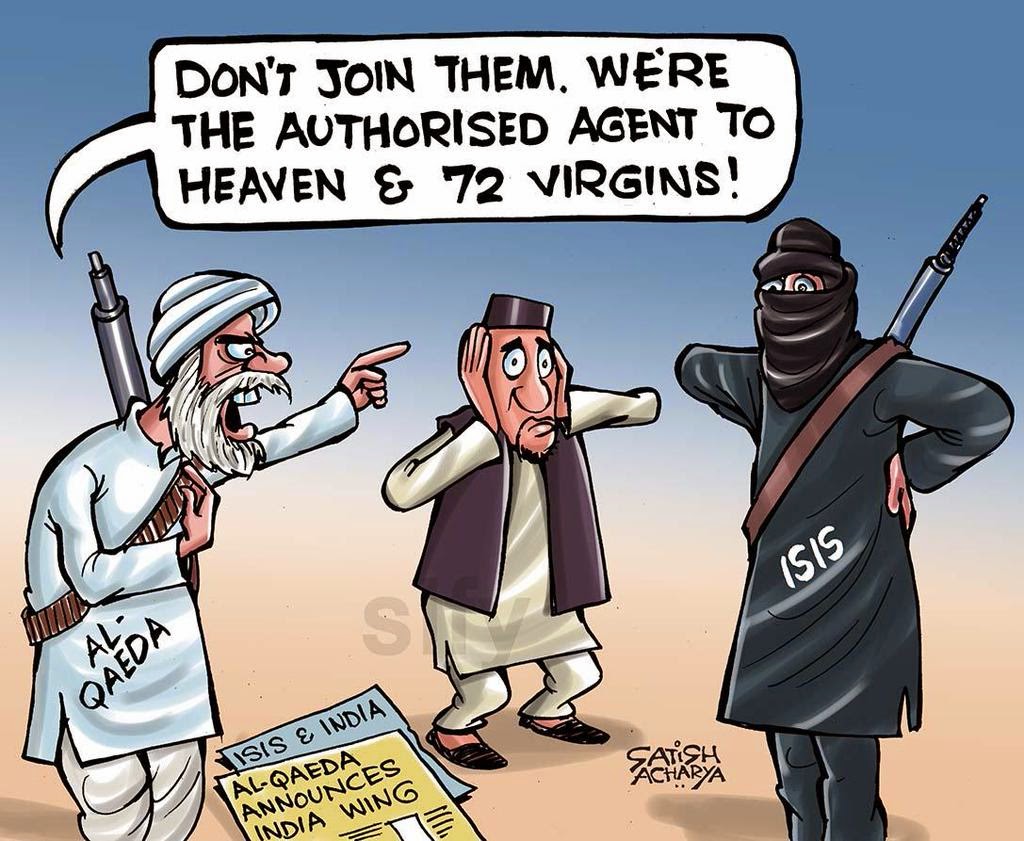 News that ISIS is forming bases in Libya has Western countries on edge, but it’s also not welcome news to another group that operates in that country: al Qaeda. The terror network of the late Osama bin Laden, strongest between 1998 and 2003, has been less visible in recent years.

Al Qaeda’s worldwide decline is in part due to the emergence and growing power of the Islamic State. Still, Al Qaeda affiliates in Libya have a strong presence, and are believed to have been behind the attack in Benghazi in 2012 which killed four Americans including the U.S. ambassador.

Now, both terror groups are seizing on Libya’s civil war and leadership vacuum to build strong power bases in the oil-rich country, a move that has already resulted in clashes, as both groups fight for supremacy and support. To understand how these terror networks operate and why they are at odds we spoke to the experts.

STRATEGY
Both groups share the same long-term objective of resurrecting the caliphate, Thomas Joscelyn, senior editor of the Long War Journal, told CTV News Channel Friday. The difference is in their strategy in getting there.
National Security Expert Christopher Swift said ISIS’s plan is to “consolidate on the core, and expand on the periphery.”

They’ve created local governing bodies in cities across Iraq and Syria, and expanded into countries like Libya and Yemen.

Al Qaeda, on the other hand, has rarely had territorial control to build-up. Their strategy has been to attack in other countries, via small, decentralized terror cells.

The result has ISIS running entire regions of Yemen, while Al Qaeda plans attacks on the sidelines.
“ISIS has married the ideological dictates of global jihad with the practical realities of local insurgency,” Swift said. “Which makes them more dangerous, more effective, and more resilient than Al Qaeda ever was.”

OUTREACH
Al Qaeda is often perceived in western media as a small, outdated terror network. The video images broadcasted on mainstream television are of older men in caves speaking in Arabic, making threats against their enemies. “Their approach is subtle,” Joscelyn said.

That’s in contrast to ISIS, which grabs headlines with graphic images depicting shocking brutality. They use modern technology, Hollywood film techniques and social media websites to communicate their message (in English) to the western world, and their followers.

Swift agrees. Everything ISIS does is “packaged, designed, and broadcast to bring people like them, to them.”

The latest example, of course, is of the three British-born female teenagers believed to be heading to Syria to join the terror group.

The larger result? More than 4,000 individuals have been recruited from the West, and external resources are flowing in to build up ISIS.

SOPHISTICATION
ISIS is successful in warfare because “they build from the bottom up” says Swift. “There is a hard-core group that has survived 15 years of warfare.”

ISIS fighters are equipped with weapons and years of battlefield experience, a level of sophistication that Al Qaeda has so far been unable to attain. They have tanks, ammunition, armoured vehicles, and artillery shells, many of which are American and highly sophisticated.

The irony, of course, is that ISIS was created as an affiliate of Al Qaeda in Iraq, before splitting from it in February 2014. With both groups now operating in Libya, we could soon see a clash between terror groups vying for top spot.

According to Swift, it’s a conflict ISIS seems poised to win. “Al Qaeda has the message, but not the base … ISIS is what al Qaeda had hoped to become.”