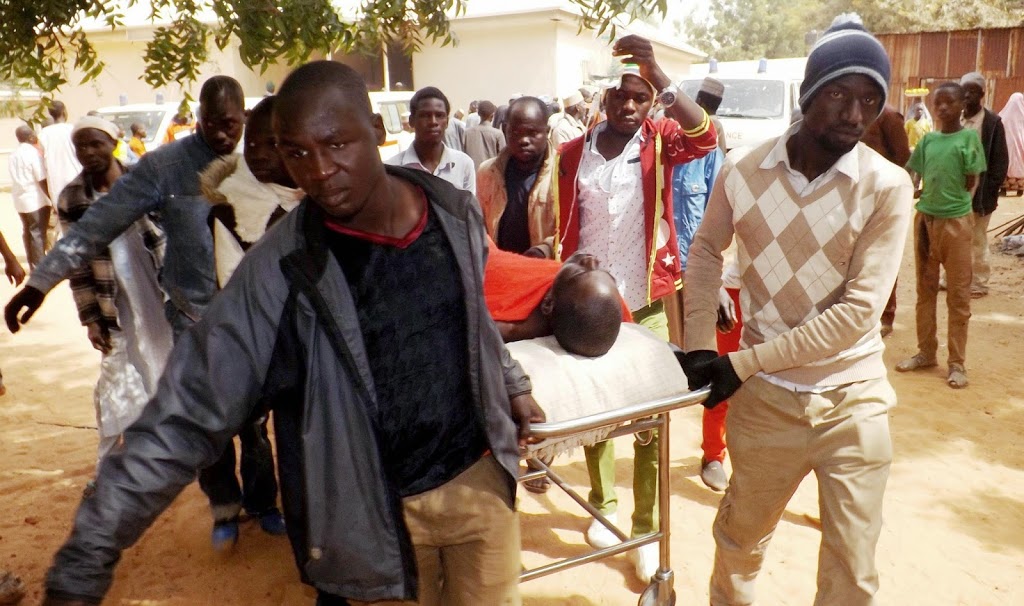 A young girl suicide bomber on Sunday blew herself up and five others when the explosive devices strapped to her body detonated in a market in Nigeria’s northesatern city of Potiskum, witnesses said.

Nineteen others who sustained various degrees of injury were taken to hospital after the blast in Potiskum, Yobe state’s commercial capital, a local vigilante leader told AFP.

“So far, five people were killed with the girl while 19 others have been taken to hospital for injuries,” Buba Lawan said.

Witnesses said she appeared to be as young as seven-years-old and was the latest in a string of child suicide bombers in Nigeria. Previous such attacks have been blamed on Islamist extremist group Boko Haram.

A hospital source speaking on condition of anonymity confirmed the toll of the dead and the wounded.

It was the second such suicide attack around the same market, where new and second-hand phones are sold and repaired.

The first attack occurred on 11 January, when two suicide bombers, one of them appearing to be around 15 years old, blew themselves up outside the market. The attack killed six and injured 37 others.