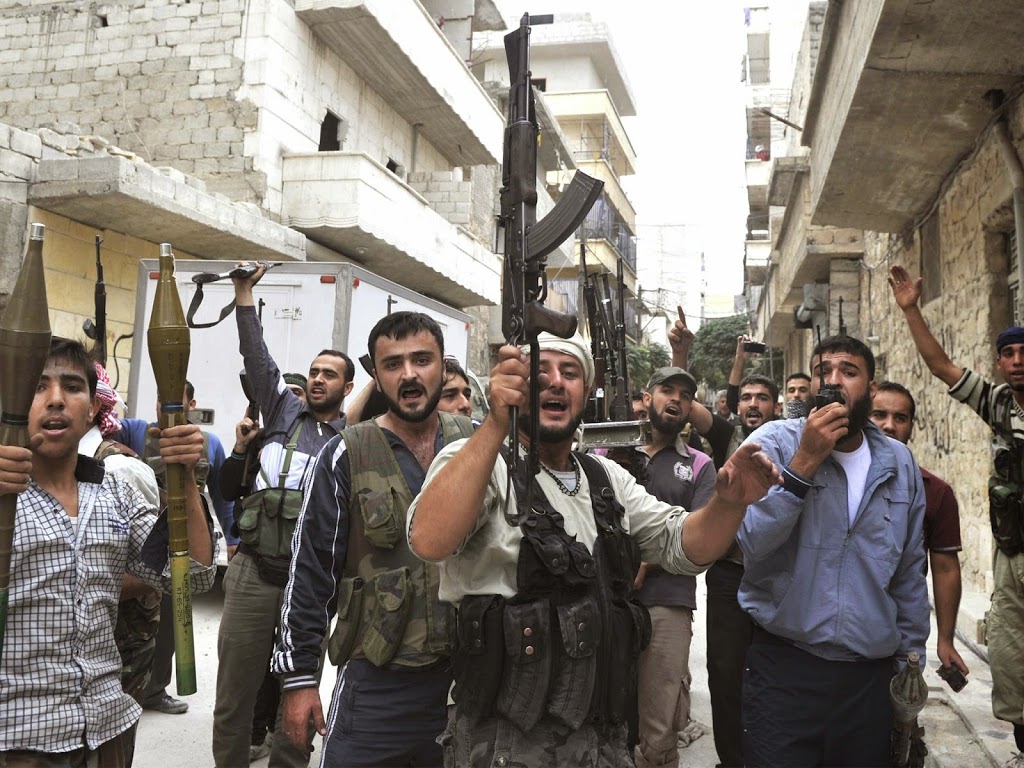 Sources within and close to Nusra said that Qatar, which enjoys good relations with the group, is encouraging the group to go ahead with the move, which would give Nusra a boost in funding.

The exercise could transform Nusra from a weakened militia group into a force capable of taking on Islamic State at a time when it is under pressure from bombing raids and advances by Kurdish and Iraqi military forces.

It could also boost the influence of Qatar and its allies in the campaign to oust Assad, in line with the Gulf state’s growing diplomatic ambitions in the region. Qatari officials were not available for comment.

While it awaits the final word from its decision-making Shoura council, Nusra is not wasting time. It has turned on small non-jihadi groups, seizing their territory and forcing them to disarm so as to consolidate Nusra’s power in northern Syria and pave the way for the new group.

Intelligence officials from Gulf states including Qatar have met the leader of Nusra, Abu Mohamad al-Golani, several times in the past few months to encourage him to abandon al Qaeda and to discuss what support they could provide, the sources said.

They promised funding once it happens.

“A new entity will see the light soon, which will include Nusra and Jaysh al Muhajereen wel Ansar and other small brigades,” said Muzamjer al-Sham, a prominent jihadi figure who is close to Nusra and other Islamist groups in Syria.

“The name of Nusra will be abandoned. It will disengage from al Qaeda. But not all the Nusra emirs agree and that is why the announcement has been delayed,” said Sham.

A source close to the foreign ministry confirmed that Qatar wanted Nusra to become a purely Syrian force not linked to al Qaeda.

“They are promising Nusra more support, i.e. money, supplies etc, once they let go of the Qaeda ties,” the official said.

The Qatari-led bid to rebrand Nusra and to provide it with new support could further complicate the war in Syria as the United States prepares to arm and train non-jihadist rebels to fight Islamic State.

The Nusra Front is listed as a terrorist group by the United States and has been sanctioned by the United Nations Security Council. But for Qatar at least, rebranding Nusra would remove legal obstacles to supporting it.

FIGHTING ISLAMIC STATE
One of the goals of the new entity would be to fight Islamic State, Nusra’s main competitor in Syria. IS is led by Iraqi jihadi Abu Bakr al-Baghdadi, who helped create Nusra before falling out with Golani.

Once the most powerful group fighting Assad, Nusra was weakened when most of its commanders and fighters left with Baghdadi to form Islamic State. IS then killed many of Nusra’s remaining leaders, confiscated its weapons, forced its commanders to go underground and seized its territory.

But recently Islamic State has come under pressure from air strikes by a U.S.-led coalition. It has also lost ground to Kurdish fighters in Syria and to the Iraqi armed forces. But the group is far from collapse.

But if Nusra splits from al Qaeda, some hope that with proper funding, arming and training, fighters from the new group will be able to tackle Islamic State.

Jihadi sources said that Golani suggested to the group’s Shoura Council that it should merge with Jaysh al-Muhajereen wel Ansar, a smaller jihadi group composed of local and foreign fighters and led by a Chechen commander.

The announcement has been delayed due to objections from some of Nusra’s leaders who reject the idea of leaving al Qaeda. But this was seen as unlikely to stop Golani.

“He is going to do it, he does not have a choice. Those who are not happy can leave,” said a Nusra source who backs the move.

It seems Golani is already establishing the ground.

Nusra wants to use northern Syria as base for the new group. It launched offensives against Western-backed groups who have been vetted by the U.S. to receive military support.

In the northern province of Idlib it seized territory from the Syria Revolutionaries’ Front led by Jamal Maarouf, forcing him to flee. Last week it went after another mainstream group, Harakat Hazzm in Aleppo province, forcing it to dissolve itself.

The U.S. State Department said the end of Harakat Hazzm would have an impact on the moderate opposition’s capabilities in the north.

But if Nusra is dissolved and it abandons al Qaeda, the ideology of the new entity is not expected to change. Golani fought with al Qaeda in Iraq. Some other leaders fought in Afghanistan and are close al Qaeda chief Ayman Zawahri.

“Nusra had to pledge loyalty to Sheikh Zawahri to avoid being forced to be loyal to Baghdadi but that was not a good idea, it is time that this is abandoned,” said a Nusra source in Aleppo. “It did not help Nusra and now it is on the terrorist list,” he said.