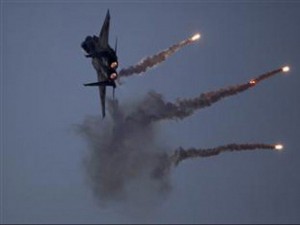 The deeply forested areas near the border are a key smuggling route between Pakistan and Afghanistan, and are dotted with Taliban bases, used as launch pads for attacks on Pakistani forces.

In air strikes conducted this morning, 12 terrorists were killed, while initial reports revealed that some militants hideouts were also destroyed.

Last month, air strikes killed at least 15 suspected militants in Shawal Valley a week after security forces moved in on Taliban strongholds there.

Similar air strikes and operations have continued in the area in efforts to eliminate terrorism from the country.