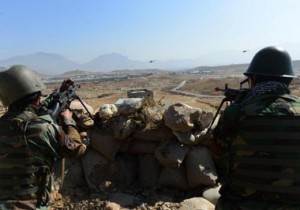 At least 110 insurgents have been killed and 52 others injured in a series of coordinated operations over the past 24 hours by the Afghan National Security Forces (ANSF), the Ministry of Defense (MoD) said in a statement.

“Also, during these operations, Afghan National Police discovered and confiscated light and heavy rounds of ammunition,” it said.

During the operations eight Afghan security force soldiers were killed, the statement added.