You are here: Home / Africa / 11 killed in gunmen attack in northern Mali 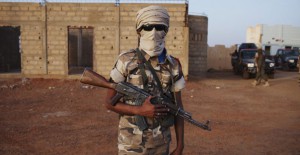 At least 11 people were killed in an attack by unidentified gunmen on the village of Gaberi in northern Mali, sources told Xinhua.

A villager told Xinhua on phone that one of the gunmen was killed accidentally by his own men in the attack.