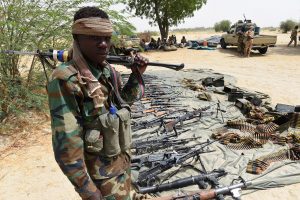 At least 11 members of the Boko Haram terrorist group were killed in an operation conducted Monday in northeastern Nigeria, like reported by aa.com.tr.

Many other terrorists were wounded and weapons, motorcycles and ammunition were seized during the operation carried out by the army in the Gwoza local government area of Borno state, according to a military official who asked not to be named due to security reasons.

Boko Haram launched a bloody insurgency in 2009 in northeastern Nigeria but later spread its atrocities to neighboring Niger, Chad and Cameroon, prompting a military response.

More than 30,000 people have been killed and nearly 3 million displaced in a decade of Boko Haram’s terrorist activities in Nigeria, according to the UN Office for the Coordination of Humanitarian Affairs.

Violence committed by Boko Haram has affected some 26 million people in the Lake Chad region and displaced 2.6 million others, according to the UN Refugee Agency.