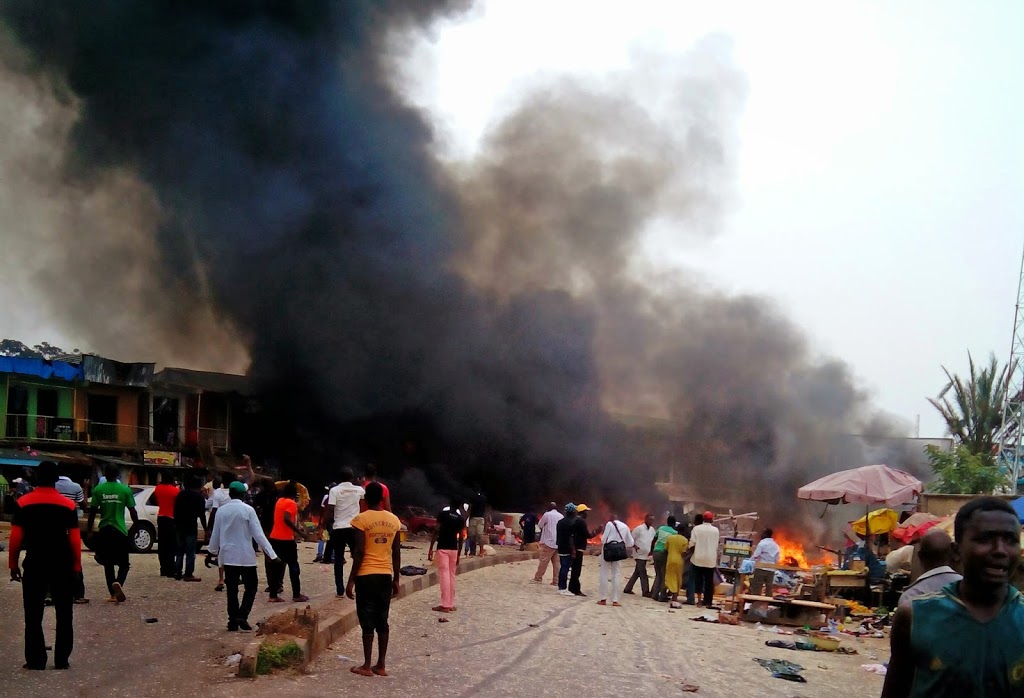 A blast has ripped through a bus in northeast Nigeria, killing at least 10 people, a hospital source told the Reuters news agency.

The explosion occurred on Tuesday at the Tashar Dan-Borno motor park, on the outskirts of the city of Potiskum.

“The bus had just loaded with passengers on its way to Kano when a huge explosion happened inside the bus at exactly 11:40 am,” a driver’s union official told the AFP news agency.

“We still don’t know how many people were affected. We are waiting for the fire to be put out before we can have a figure of casualty”, he added.

Waziri Danu, who lives in the area, told AFP he was at a car wash nearby when he heard a huge explosion and saw fire and smoke coming from the motor park.

“I and people around rushed to the place and we saw a bus engulfed in flames…. It is not likely if anyone in the vehicle has survived.”

Potiskum, the commercial capital of Yobe state, has been hit repeatedly by bombings, including on Sunday, when a young girl with explosives strapped to her body blew up at a crowded market.

The girl was thought to be as young as seven, according to multiple witnesses.

Boko Haram fighters have increasingly used young girls and women as human bombs, with so-called “soft targets” such as markets and bus stations a regular target.

Seven people were killed in Sunday’s blast, which again underlined the severe security challenges facing Nigeria in the run-up to presidential and parliamentary elections on March 28.

The elections were initially scheduled for February 14 but were delayed by six weeks to give the military and its allies more time to secure and stabilise the northeast to allow people to vote.