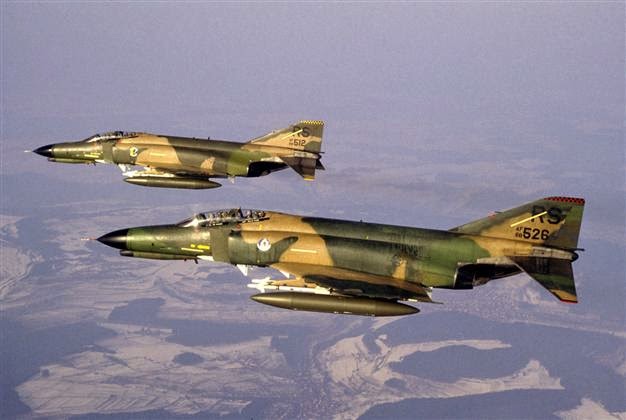 Two Turkish warplanes crashed during a training exercise on Feb. 24 in the central Turkish province of Malatya, killing all four crew, the military said.

Contact was lost with the RF-4E reconnaissance aircraft after they took off from Malatya air base on Feb. 24 evening for planned night training, a statement on the Chief of Staff’s website said.

“Search operations were immediately started. At 2045 the wreckage of our two planes was discovered and unfortunately four pilots have been martyred,” the statement added. No reason for the crashes was given.

The planes came down in Akçadağ district, more than 150 km (90 miles) north of the Syrian border, a military source told Reuters.

Interior Minister Efkan Ala confirmed that four soldiers were killed in the incident but did not elaborate on the reason of the crash.

National broadcaster NTV reported that an accident might have occured during the formation flight of the two warplanes. Local eyewitnesses, on the other hand, cited bad weather conditions.

Turkey has the second largest armed forces in NATO and in recent years its fighter jets have played an active role in patrolling its troubled borders with neighbouring Iraq and Syria. In 2012 the Syrian air force shot down a Turkish RF-4E over the Mediterranean.