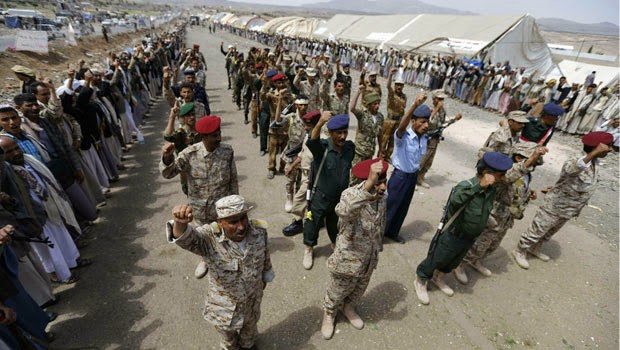 But Hadi escaped to Aden in southern Yemen last week after a month under house arrest and on Tuesday officially retracted his resignation.

The clashes in the army camp in Sanaa, which lasted around six hours, started late in the evening on Tuesday when Houthis shelled the camp with heavy weaponry, soldiers from the camp said.

At least ten people died in the clashes.

The leadership of the camp left after midnight when Houthis took over most of the vital areas of the camp, the soldiers said.

The power struggle between the Muslim Shi’ite Houthis in Sanaa and Hadi in Aden casts more doubt on United Nations-sponsored talks to resolve Yemen’s crisis peacefully, and exacerbates sectarian and regional splits which may plunge the country into civil war.

The Houthis said on Tuesday that Hadi had lost his legitimacy as head of state and was being sought as a fugitive from justice.