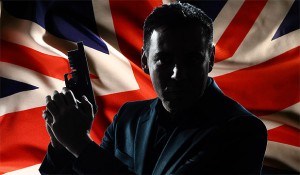 Britain’s intelligence agencies will be given funding for 1000 extra spies to work on combating terrorist plots, the government announced on Monday.

George Osborne, Chancellor of the Exchequer, said that MI5, MI6 and GCHQ would be granted money for a recruitment drive as he warned “now is not the time” to scale back Britain’s commitment to intelligence gathering following the suspected bombing of a Russian passenger jet.

Mr Osborne said in west London: “As the nature of war, espionage and terrorism changes – we must change with it. The internet – central to modern life – provides new ways for our enemies to plan and act against us. The threat from terrorists – from extreme ideologies – needs to be challenged head-on.”

He said ministers would “substantially increase the number of people across all three secret intelligence agencies who investigate, analyse and help disrupt terrorist plots” over the next five years, adding that extremism was “poisoning minds” at home and abroad.

He said Britain’s prime minister David Cameron would set out further details later this month. A government source  said around 1000 extra jobs are expected. They said: “Given the increasing threats to the UK’s national security, they [security services] are likely to receive one of the most generous settlements across government at the spending review”.

The Chancellor spoke of the need to ensure Britain is economically secure – a concept he described as the “bedrock” of the spending review next week. He added that economic security and national security “are two sides of the same coin”.