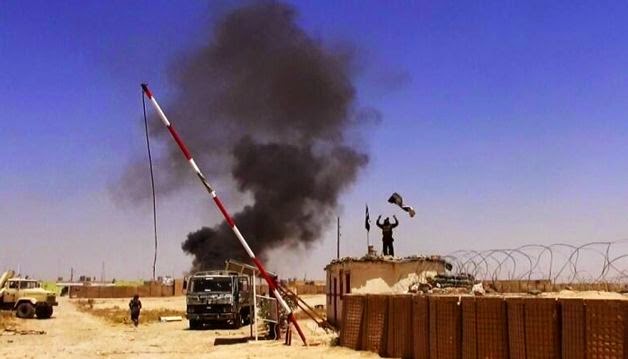 Islamic State militants have attacked an oil field near Libya’s central coast, prompting a counterattack by the Islamist-backed government in Tripoli that involved airstrikes, an official said Wednesday.

The militants swept down from the central city of Sirte and attacked the al-Dhahra oil field to the south, trading fire with guards and blowing up residential and administrative buildings before eventually retreating, said Mashallah al-Zewi, the oil minister in the Tripoli-based government.
It was not immediately clear if there were workers or engineers at the site during the attack. The field is run by al-Waha oil company, which said on its website that al-Dhahra is one of the oldest fields used for commercial purposes and that production started in 1962. The company is run by Libya’s state-run National Oil Corporation.
Libya’s internationally recognized government has been confined to the far east since Islamist-allied militias seized Tripoli last year and revived an earlier government.
The conflict between rival militias allied with the two has fueled the worst violence since longtime dictator Moammar Gadhafi was toppled and killed in a 2011 uprising. The chaos has allowed militants allied with the Islamic State group to gain control of Sirte and the eastern city of Darna.
Islamic State militants carried out a deadly attack on a luxury hotel in Tripoli in January, and in February released a grisly video showing the beheading of 21 Egyptian Christians abducted in Libya. The Egyptian military launched airstrikes on Darna in retaliation.
The government in Tripoli is led by Islamists but has denied any links to extremists. The clashes at al-Dhahra are among the first known instances of Libya’s Islamist-allied militias battling an Islamic State affiliate.
Source:  libyanewstoday